A September 2014 study from Sweden found that physical activity might help shield your brain from stress-induced depression.

The researchers found that exercise triggers a chain reaction that blocks the ability of a substance called kynurenine—which is linked to depression in humans and mice—from crossing the blood-brain barrier.

In the new study on mice, the researchers from the Karolinska Institutet in Stockholm found that exercise triggers changes in skeletal muscle that purges the blood of kynurenine which has been known to accumulate in muscles during stressful experiences.

The conversion of kynurenine to kynurenic acid that takes place in muscles during physical exercise may protect the brain from this depressive substance. Exercise appears to negate the depressive effects of kynurenine, but more human and animal studies are needed.

In a press release, Mia Lindskog, researcher at the Department of Neuroscience at Karolinska Institutet said, “In neurobiological terms, we actually still don’t know what depression is. Our study represents another piece in the puzzle, since we provide an explanation for the protective biochemical changes induced by physical exercise that prevent the brain from being damaged during stress.” 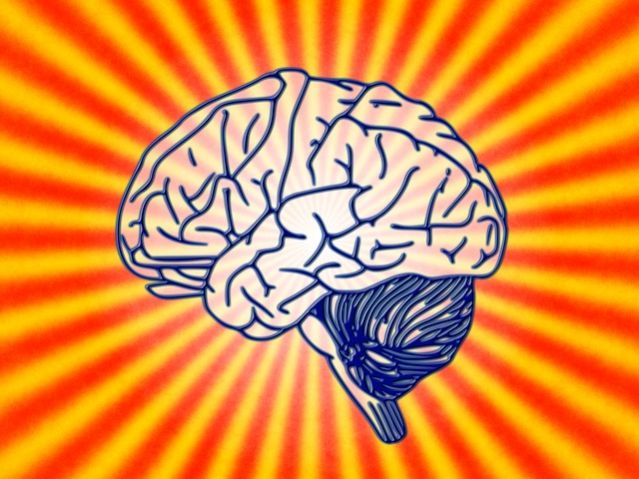 1. A September 2014 review from the University of Bern, “Effects of Exercise on Anxiety and Depression Disorders: Review of Meta- Analyses and Neurobiological Mechanisms” concluded that physical activity can help combat depression.

The researchers at Bern found that physical activity can trigger neurophysiological changes that are similar to those of antidepressants. Based on their meta- analysis, the researchers conclude that being physically active on a regular basis can be an effective elixir for reducing the symptoms of depression.

2. An October 2013 review from the University of Toronto found that moderate exercise can help treat and prevent depression. PhD candidate George Mammen’s review was published in the American Journal of Preventive Medicine.

For this review, Mammen analyzed over 26 years’ worth of research findings. Based on this analysis, he concluded that even low levels of physical activity (walking and gardening for 20-30 minutes a day) can ward off depression in people of all age groups.

This was the first longitudinal review to focus exclusively on the role that exercise plays in maintaining good mental health and preventing the onset of depression later in life. Mammen concluded that moderate exercise can treat—and prevent—episodes of depression in the long term.

3.  A third review published in The Cochrane Library in September 2013 found that exercise may benefit people suffering from depression. The authors of the review found evidence to suggest that exercise reduces symptoms of depression, although they say more high quality trials are needed.

In conclusion, the reviewers recommend that future research should take a detailed look at what specific types of exercise could most benefit people with depression, as well as, the frequency, intensity, and duration of workout sessions that deliver optimal results.

Conclusion: Could Increased Sedentarism Be Linked to an Increase in Depressive Symptoms Globally?

The World Health Organization (WHO) estimates that more than 350 million people around the globe are affected by depression. Have you ever experienced symptoms of depression? Are you currently depressed? If so, what has been most effective for helping you combat depression?

An October 2014 study by San Diego State University psychology professor Jean M. Twenge found that Americans and not only them, are more depressed today than they have been in decades. Could the increase in depression be linked to an epidemic of sedentarism?

If you are looking for another reason to motivate yourself to be more physically active, hopefully these findings will be a motivation and inspiration.

Join Today & Be A Part Of Our Growing Community ! 👍🏆

This site uses Akismet to reduce spam. Learn how your comment data is processed.